Dungeness crab (Cancer magister) are crustaceans, with an exoskeleton or shell. They have eight walking legs and two claws. 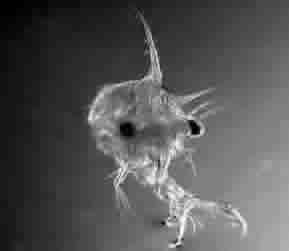 Their lifecycle begins when a sexually-mature male crab mates with a newly-molted, soft-shelled female crab in the late spring/early summer months. The eggs are fertilized when they are fully developed and ready to hatch in the late fall/early winter. A female crab can carry up to 2.5 million eggs in the protected area under her abdomen. 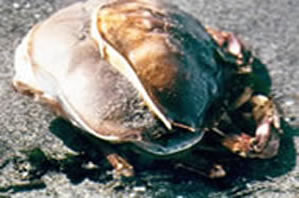 Unfortunately, not all Dungeness crabs survive to reach the dinner table! The newly-hatched crabs are in a larval stage for four to twelve months and are free-floating in the water column, subject to the mercy of ocean currents and predation. Six successive stages (5 zoea and 1 megalope) occur before they enter the first juvenile stage and begin to resemble a miniature crab. A this point the ¼” to dime-size crabs settle on the bottom of shallow intertidal areas and coastal estuaries, and begin their journey toward adulthood. During the first two years, crabs shed their shell several times a year, increasing in size with every successive molt.

At a size of about 4″ molting becomes less frequent and occurs only once year. They can increase up to 1″ during the annual molt, in a process where they back out of their existing shell and pump up with water to expand their size until the new shell starts to form. Just after molting, crabs are very soft and their paper-thin shell can be easily punctured. To protect themselves, they bury up in the sandy bottom and hide for a few days while the shell starts to harden. Approximately two to three months are required for an adult crab to fill-out its new shell and during this period the leg & body meat is watery and of poor quality. Most males molt during the summer months but the time can vary greatly by area and year. 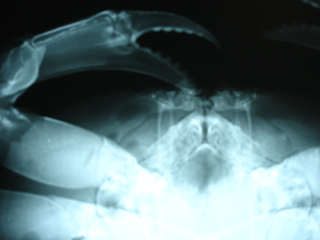 Crabs are sexually mature and active breeders after their second year and grow to the legal harvest size (6 ¼” across the shell back) in roughly four years. By not harvesting sexually mature but undersized male crabs so that they can breed with female crabs (which are never harvested), the reproductive capacity of the population is protected. Dungeness crab can live in excess of 8 years and reach a size of 9-plus inches.